So George Packer writes that New Yorkers are whispering about whether de Blasio is going to return the city to its hellish 1970s past, and four weeks later City Journal helpfully publishes those whispers, in earnest, in the form of a mostly ill-considered post:

Perhaps the most important question in the looming mayoral race is this: Will the next occupant of City Hall remember the hard lessons that New York has learned over the last 40 years, or will the city revert to a functionally bankrupt metropolis with chaotic schools and dirty, dangerous streets?

By far the worst part is this passage about crime:

During Koch’s three terms, crime rates zigged up and zagged down, but in 1989, despite all that he had done to make the city safer, crack ruled the night, and murders jumped to a record 1,905.

When David Dinkins took office in 1990, hopes were high that the new mayor’s low-key approach and strong support in minority neighborhoods would cool the fevered streets. Instead, the city saw 715,000 felonies committed in 1990, while murders spiked to an all-time high of 2,262. The NYPD didn’t get the tools that it needed until the mid-1990s, when Giuliani adopted the Compstat system of analyzing crime data, along with proactive tactics and accountability throughout the department. Giuliani and the police reduced the number of homicides to 629 in 1998, and all categories of crime fell sharply.

If you know anything about national crime trends over the last 30 years, which presumably someone at City Journal who read this before it was published does, none of what I just quoted makes any sense. To refresh our memories:

So the other, more reasonable, conclusion to make is that the correlation between the change in administrations and the falling crime rate in New York is just that – a correlation – and not, in any major way, a causal relationship, in the same way we might note that homicide rates in Chicago began falling after the Bulls won their first championship, but we have no compelling evidence that one had anything to do with the other.1

This all points to a larger issue with this sort of talk about municipal leaders, which is that it fails to acknowledge that contemporary urban policy in the U.S., at least on the scale of a mayoral term or two, is just not that transformative. Sure, visionary leadership on a particular issue or project can have measurable results, and epic mismanagement can make problems worse, but on the big-picture issues – whether your region is rich or poor, to what extent it’s car- or transit-dependent, whether it will gain or lose residents, how affordable its housing will be – major metropolitan regions and their core cities are mostly following a) national trends and b) path dependency based on earlier policies and national trends. Crime is one obvious example of this. Unemployment, and macro-level economic health, is another: The fact that being a industrial center in the Midwest was highly correlated with being prosperous until roughly World War Two, and since then has become highly correlated with poverty, has nothing to do with a rash of bad leaders replacing excellent ones around the middle of the century in that region, and everything to do with global economic shifts. The fact that Madison, WI, Columbus, OH, and the Twin Cities became economic leaders in the Midwest certainly has less to do with the caliber of their municipal leadership than the fact that they all contain the apparatus of state governments and flagship state schools, which virtually guarantee a huge pot of well-paying jobs that attract highly-educated people.

This isn’t to say that urban policy, at the local, state, or national level, has to be powerless: in important ways, how and to what extent cities provide services can make a huge difference in their residents’ daily lives, and planning decisions can nudge a city’s path-dependency in ways that can become significant over time. And, obviously, in the past, urban planning at all levels of government had serious short- and medium-term transformative power through FHA regulations, transportation subsidies and projects, and so on. In 1963, the Beale Street neighborhood, just southeast of downtown Memphis, looked like this: 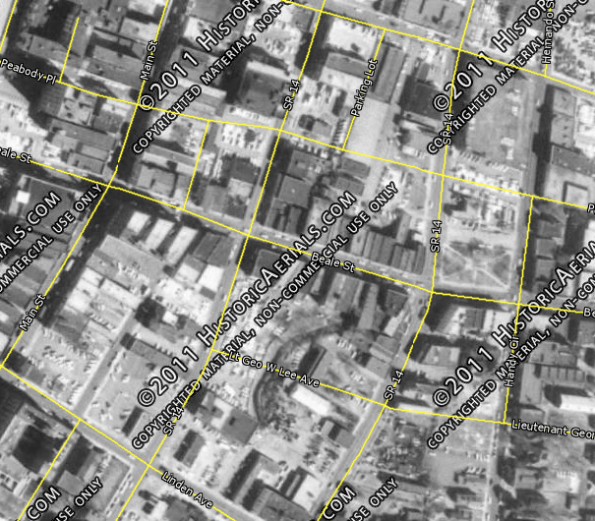 In 1968, King was shot there, and city officials became concerned that Beale, which was mostly populated by black folks, was a racial powder keg frightening (white) people away from downtown. So, by 1971, it looked like this: 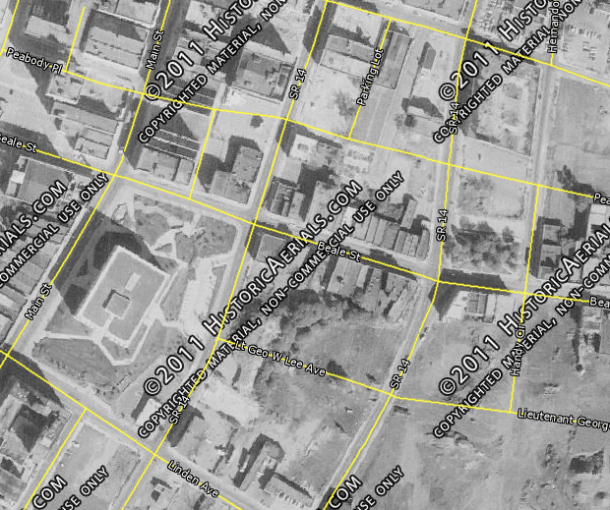 That was some transformative leadership. But city governments can’t just condemn and raze the homes of tens of thousands of people anymore.

They also can’t radically rezone neighborhoods to allow them to change. The kind of wholesale transformations of the built environment that accompanied economic booms in Chicago, New York, etc., in the 19th and early 20th centuries have been legislated out of existence. Places that approximate it – Phoenix, Houston – mainly accomplish their construction sprees by relegating the vast majority of it to the periphery, where no one lives who can object.

So policies that might actually have radical short- or medium-term effects, like drastically liberalizing density caps, are politically impossible. Transit lines – or, if it’s your cup of tea, highways – through heavily populated areas are similarly verboten. If they’re built at all, they have to be routed in the least efficient possible way to minimize costs and eminent domain claims, which has the effect of making them as useless as possible, which makes fewer people use them, which makes them less transformative to the urban landscape. The Overton Window of urban policy is just too small, too frozen in place, to allow much dramatic change, even in the areas where we know it has the potential.

Now obviously this is not entirely, or even mostly, a bad thing. Our tolerance for Beale-style urban renewal projects, whether billed as slum-clearing redevelopment opportunities or transportation projects, should be extremely low. But as long as we’re unwilling to make much of any substantial change to urban policy, and especially to put any real muscle or funding behind those changes, we should stop talking about individual contemporary political leaders as if they’re the determining factor in what our cities look like, or how they behave.

1 This isn’t to say that there’s no effect on crime from local policies. And one should acknowledge that, in fact, New York saw a much greater decline in its crime rate than the nation as a whole. But it also saw a much greater amount of gentrification, which is highly correlated with lower crime. And the Giuliani/Bloomberg policies most commonly credited with reducing crime, like broken windows and stop and frisk, have been shown to have dubious efficacy.