Some maps of mine are in the print edition of the Sun-Times, accompanying an op-ed by the Metropolitan Planning Council‘s Marisa Novara. The piece is called “Poverty, not gentrification, is Chicago neighborhood scourge,” and it argues…well, you know. But it’s worth reading the whole thing!

(I’d also point out that the headline, as ever, is slightly unfair to the actual argument, which acknowledges that in some places, gentrification and displacement are actually problems.) 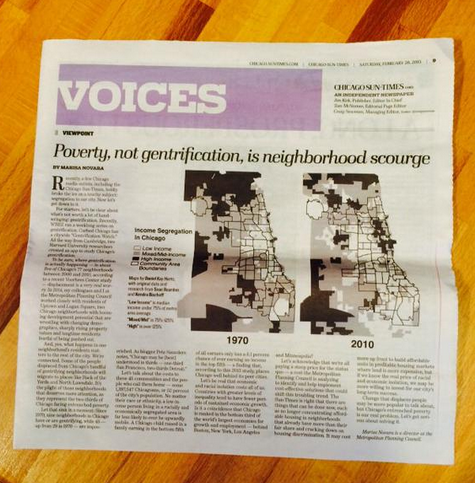 The maps themselves are simplified, grayscale versions of these. But since the Sun-Times didn’t include them in the online version of the article, I thought I’d post them here, in case anyone was curious.

2 thoughts on “In the Sun-Times”