And that matters because the people who make decisions about transit investments – politicians – look at how many of their constituents benefit from a given service as a major component of whether they benefit politically from supporting it.

And if they’re just looking at commute share, they’re looking at too few people. Even transit-rich metropolitan Boston doesn’t look so great by that metric: only 12% of workers there usually take transit to their jobs. But 29% of households include someone who regularly takes transit to school or work, and fully 56% of households use transit for at least some of their trips. In sprawling Houston, just 2% of workers commute with transit – but more than twice that proportion of households use transit for work or school, and more than one in ten households use transit for some of their trips. That’s still not great, but it’s much more significant than the minuscule commute numbers. It also suggests that even in one of the most transit-hostile regions of the country, a remarkable number of people find public transit useful for certain trips, forming a toehold for better service to produce even more ridership. 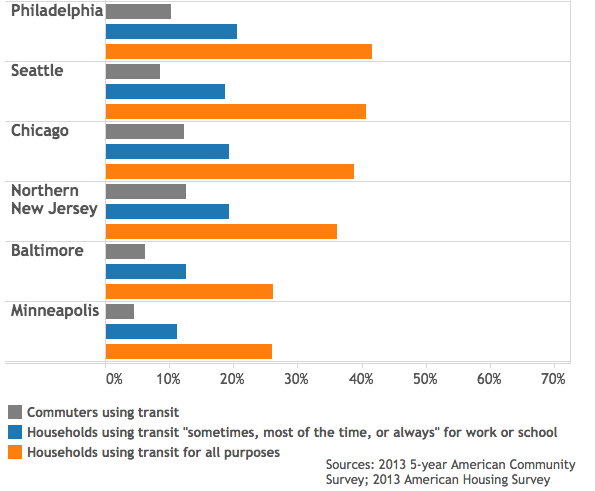