At CTBA’s blog, I’ve written a post about how much Chicago ought to fear Trump’s threat to take away federal funding from “sanctuary cities” that don’t cooperate with federal agencies to enforce immigration laws.

The answer: it all depends on the courts. Two legal standards—one on “germaneness” and another that legal scholars appear to just call the “gun to the head” test—will determine whether Trump can set back the city by $1.3 billion (14 percent of the budget) or $78 million (less than one percent of the budget). 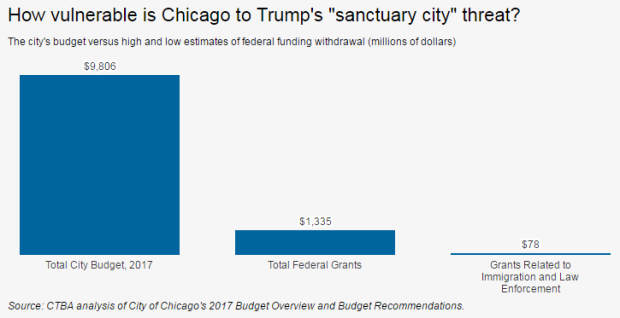