It’s a bit weird that Chicago has something called a “pedestrian street designation” – after all, people walk on pretty much literally every single street in the city. But it does! Official “pedestrian streets,” which have existed since 2004, are designed to “promote transit, economic vitality and pedestrian safety and comfort” by disallowing certain things, like parking lots facing the sidewalk, and encouraging others, like storefronts and sidewalk cafes. The city’s transit-oriented development ordinance also applies up to two blocks from an L station along pedestrian-designated streets, as opposed to one block on other streets.

Recently, I saw a map of the city’s pedestrian-designated streets for the first time. This is what it looked like:

This is a map that made me say “hmm.” If you have any sense of Chicago’s racial and economic geography, it is probably making you say “hmm,” too. But just to hit the point home:

There is literally one pedestrian street in a majority-black community area: Commercial Avenue in South Chicago, between 88th and 92nd Streets. By contrast, the North Side east of the river is absolutely lousy with them; Milwaukee Ave., the retail backbone of the Northwest Side, has several large districts radiating from six-way intersections; and the Latino section of the Southwest Side, though it has way less than the North Side, at least has pedestrian designations on the busiest portions of 18th, Cermak, and 26th Streets.

To be clear, the people in charge of assigning pedestrian street designations are aldermen, not CDOT. That is, the issue isn’t that the Mayor’s Office is just choosing to give North Side streets “pedestrian” status and not South Side streets. But still, it’s a pretty notable pattern.

How much does this matter? I don’t know. You could observe, of course, that people in Lincoln Park, Lakeview, Uptown, West Town, and their aldermen, appear to believe that pedestrian street designations matter enough to slap them all over their neighborhoods. Alderman Ameya Pawar, for example, has been quite vocal in his belief that making commercial streets in his ward more pedestrian-friendly will improve his constituents’ quality of life and promote economic development, not to mention reduce injuries from car accidents.

And although people on the South and West Sides may have different concerns and priorities, certainly one of them is economic development and thriving retail districts, which exactly the sort of thing the pedestrian street designation is designed to support. Part of the issue is that a pedestrian street designation – and the somewhat more attractive street that results – is hardly a guarantee of new businesses. Underlying economic factors and the perceptions of business owners matter much more.

But a pedestrian designation is such a low-cost exercise that I’m not sure that explains it. More likely is that there’s a fear that the kind of businesses that have chosen to move into black neighborhoods – disproportionately national chains with auto-oriented cookie-cutter designs – would be deterred by rules that forced them to adopt more pedestrian-friendly formats. 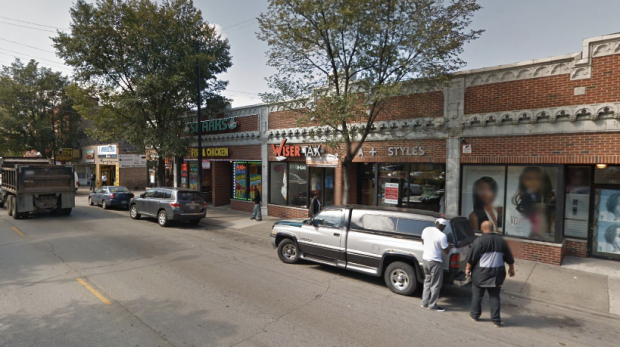 There may be some legitimacy to that. But, for one, there’s more than enough room to place some drive-through restaurants in South Side neighborhoods while preserving and enhancing pedestrian-oriented retail streets. And for two, pedestrian-friendly design is likely best for the long-term economic health of those communities. After all, not only is the property value bonus for walkable neighborhoods well-documented, but there are plenty of South Siders who have noticed that there’s a difference between, say, Clark St. and Cottage Grove – and want to close that gap.

(I’d also note, as an aside, that the way the pedestrian street law is written seems to disadvantage South Side neighborhoods. The ordinance stipulates that pedestrian streets should be designated in places where there are “very few vacant stores,” which excludes many communities with trouble attracting retail – which is to say, most black communities in Chicago. But if the point of the law is to promote economic development, why would you specifically exclude places especially in need of economic development? I don’t think that this clause has actually prevented any given pedestrian street designation – I suspect that, as these things generally work, any alderman who wanted one would get it – but I do think it suggests that the law was designed with the North Side in mind. Which is unfortunate.)